Newcomer Dynamo Lonwijk: plays well under pressure, is not afraid to shoot from a distance, gives intensity across the entire wi

https://dynamo.kiev.ua/en/news/411446-newcomer-dynamo-lonwijk-plays-well-under-pressure-is-not-afraid-to-shoot-from-a-distance-gives-intensity-across-the-entire-wi 2022-09-29 17:02 The times when famous legionnaires came to our league are long gone. Now Ukrainian teams can ...

The times when famous legionnaires came to our league are long gone. Now Ukrainian teams can only be content with no-names - and such signings as Kaheem Parris, Justin Lonwijk or Neven Djurasek can be considered an achievement. During the last transfer window, six representatives of the UPL joined the legionnaires - Shakhtar, Dynamo, Vorskla, Chornomorets, Kryvbas and Dnipro-1. 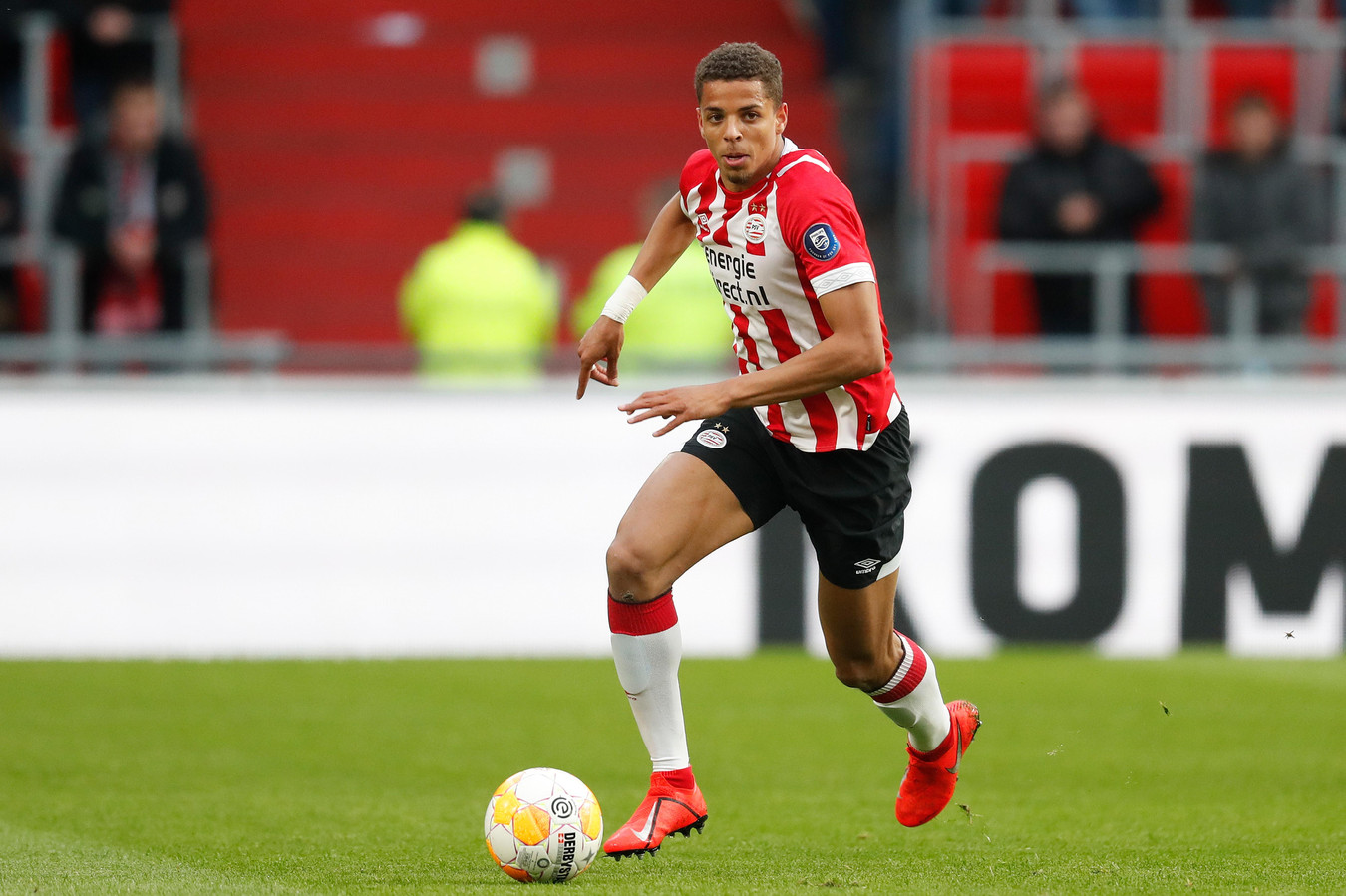 It is not a fact that Dynamo has the highest quality signings. But out of habit, it is from the selection service of the people of Kiev that there are almost the highest expectations. And out of habit, they get the most attention. Kahim Parris has not yet had time to properly adapt in the team, and they are already writing and talking about his conflict with the coach. The Danish newcomer Lonwijk has not yet had time to make his debut, but he is already being compared with competitors in the position.

Lonwijk is a football player who has the makings of universalism. The heat map of his actions shows that he is able to give intensity across the entire width of the field - on both flanks and even in the center. But he is most comfortable in the position of the right central midfielder, where he spent sixty percent of the matches throughout his career. 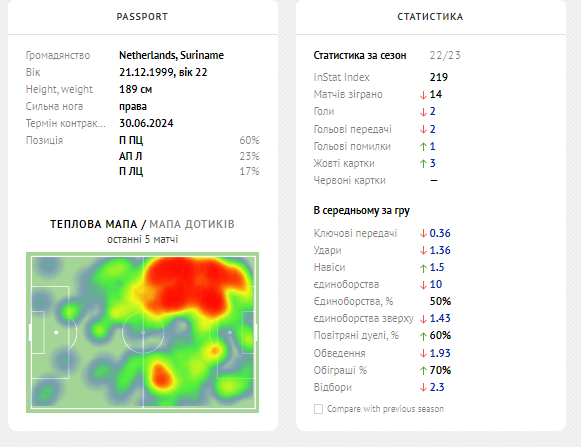 Although this season at Viborg he often had to play as a left winger. Here is how the player himself explained this nuance: “This happened because there were no players left in Viborg with experience in playing in this position. So I had to “close” this position. I am a creative midfielder and could move from the flank to the center and play my usual game." It's good that Justin is not afraid of new challenges and conscientiously accepts coaching instructions. But playing as a winger requires special skills. For example, the ability to beat one-on-one or go flank on dribbling. In fourteen games this season, Lonwijk has made 27 dribble attempts, averaging two per match. The percentage of successful strokes is seventy. That is, he does not take the game on himself as often as you can expect from a winger. But when he decides, he does it very confidently.

It is more comfortable for Lonwijk to play with the ball not far from his own half of the field. Or rather, in the region of the central line. This is due to the skills to get out of pressure well. Or vice versa: this style of play developed in Justin the ability to skillfully escape from the pressure of opponents. This component is developed in the analytical profile of the Dynamo newcomer by 55 percent. The second best indicator (completion of attacks) - by 38 percent. Of course, it can be used on the flank, but at least during the period when Shaparenko is absent due to an injury, it is a sin not to entrust the Dutchman with a position in the center of the field.

This does not mean that the newcomer will fully replace Nikolai. Shaparenko this season has games in which he gave more than a hundred assists. Sixty, seventy, eighty passes is the norm for prime Shaparenko, while Lohnwijk only once this season (fourteen games) crossed the fifty pass mark. At the same time, Justin has higher performance indicators. On average, he gives 1.14 key passes per match, while Shaparenko's figure is 0.23, and Sydorchuk's is 0.53. 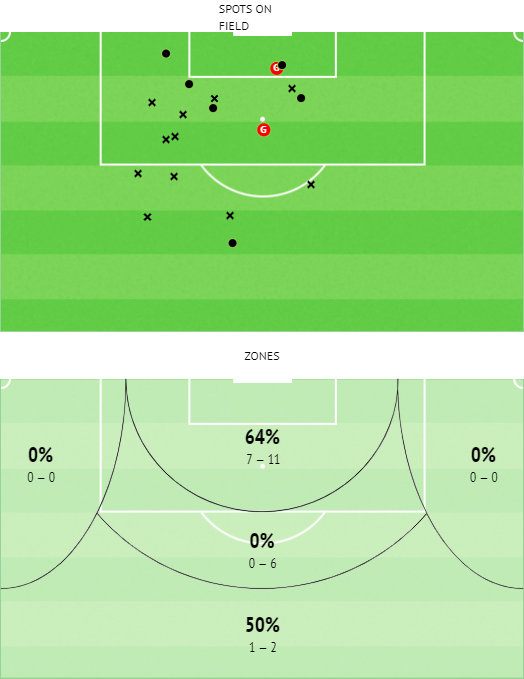 Distribution of shots by Justin Lonwijk by zones of the field

Compared to potential competitors in the central foothold, Lohnwijk is doing better with strikes - an average of 1.73 per match. But here it is also appropriate to look at the indicators of Tsygankov and Kabaev, with whom Justin will probably have to compete on the midfield flanks. Victor strikes 1.97 times in ninety minutes, Kabaev - 1.58 times. It's good that Lonwijk is not afraid to shoot from afar - this is what Dynamo's attacks sometimes lack. Six of Lonwijk's total of nineteen shots on goal this season have been from outside the goal area. Once, from 27 meters, he even hit the target.

Justin is a right-footed footballer, but as already mentioned, he is not constrained by being tied to only one position or working with only one foot. Of the 19 hits this season, three were organized by a non-working left. Also, the versatility of this player can be seen in the statistics of passes to the penalty box: penetrating passes came from zones located across the entire width of the field in front of (or to the side of) the opponent's penalty area. Even from 39 meters, Lonwijk managed to make a pass to the forwards of his team. 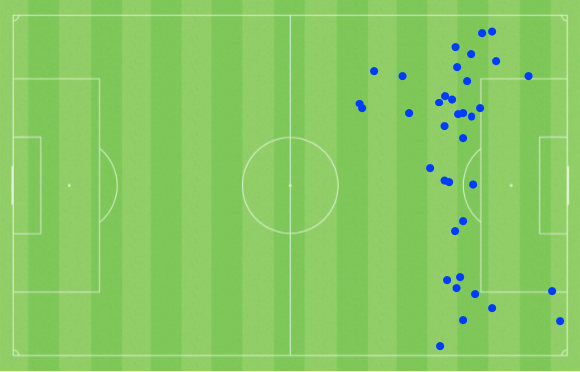