Filling the pause in club football associated with international matches of national teams, the main Dynamo team played a training match with the club's youth team. The game was held at the club base in Vite-Litovsk. 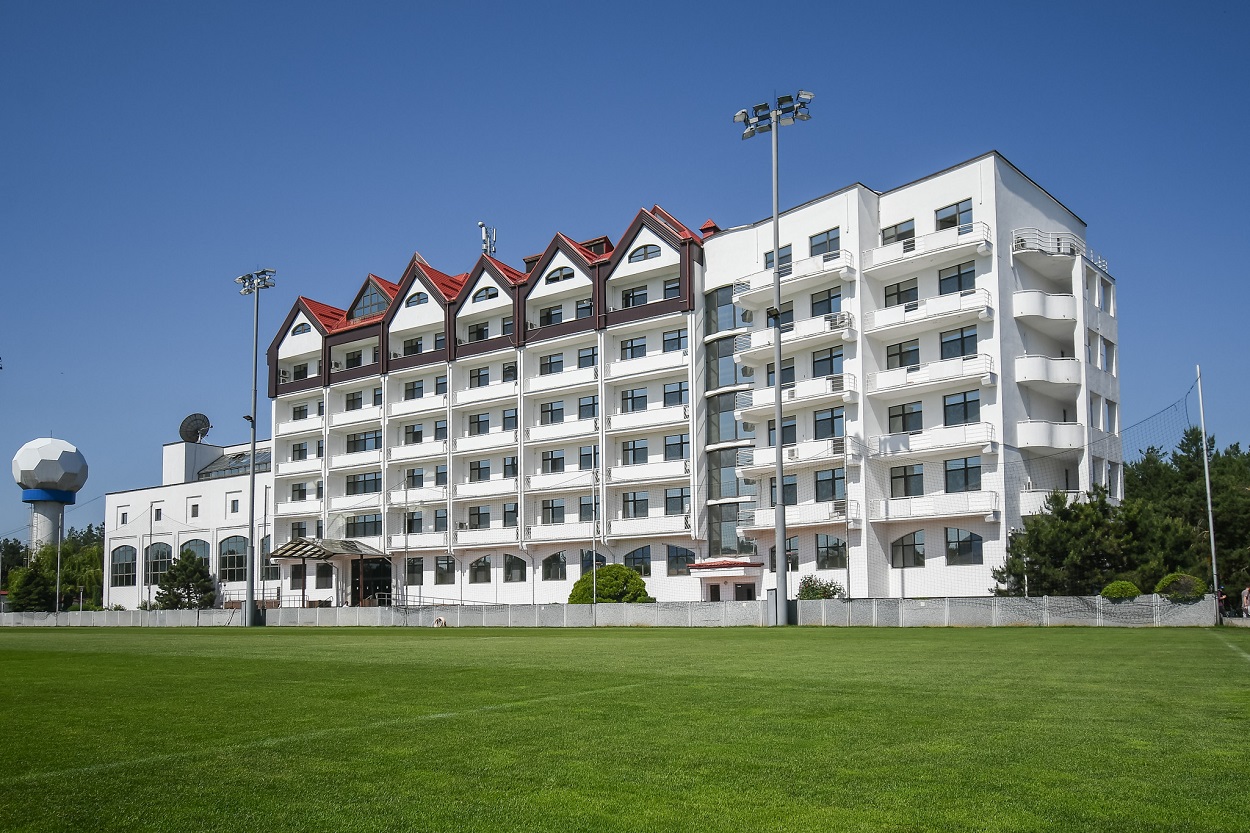 The main purpose of the sparring was to support the game rhythm of both teams, which, in the absence of players involved in the national teams, continue to prepare for the next matches in the Ukrainian championship, and the first team - for the European Cup matches.

The scoring in the 13th minute was opened by Vladislav Kabaev, who raced along his flank after a vertical pass and converted a one-on-one with the goalkeeper.

And two minutes later, from Vitaly Buyalsky's pass, Denis Garmash scored, bursting into the penalty area on the right flank.

This game was the first, albeit a training one, for the newcomer of the "white-blue" Justin Lonwijk. From the starting minutes, he actively showed himself on the field, hitting the woodwork twice in the first half.

At the beginning of the second half, active Aleksey Gusev was caught in the penalty area, and Dmitry Kremchanin, having converted a penalty, reduced the gap in the score.

The real decoration of the game was the third goal of the main team, scored after 5 minutes. Vitaliy Buyalsky, noticing that Denis Ignatenko went far out of the goal, sent the ball into the net from the center of the field. And the next goal attack after a great combination was completed by Denis Garmash - 4:1.

In the 61st minute, Denis scored his third goal of the game, sending the ball into an empty net after Buyalsky's pass. A few minutes later, Denis turned one more pass from Vitaliy into an assist, scoring poker. This goal was the last in the game - 6:1 in favor of the "base".