Scottish fans: "All of England was rooting for Ukraine, but even here they were not lucky"

https://dynamo.kiev.ua/en/news/411162-scottish-fans-all-of-england-was-rooting-for-ukraine-but-even-here-they-were-not-lucky 2022-09-28 14:53 The Scots were confident before the start of the match that their national team could at ...

The Scots were confident before the start of the match that their national team could at least not lose to Ukraine, which means they could take first place in the group and advance to Division A. Ukraine's victory over Armenia did not impress anyone, as it was a rival of too low a level. The Scots were sure that it was their team that deserved a promotion. 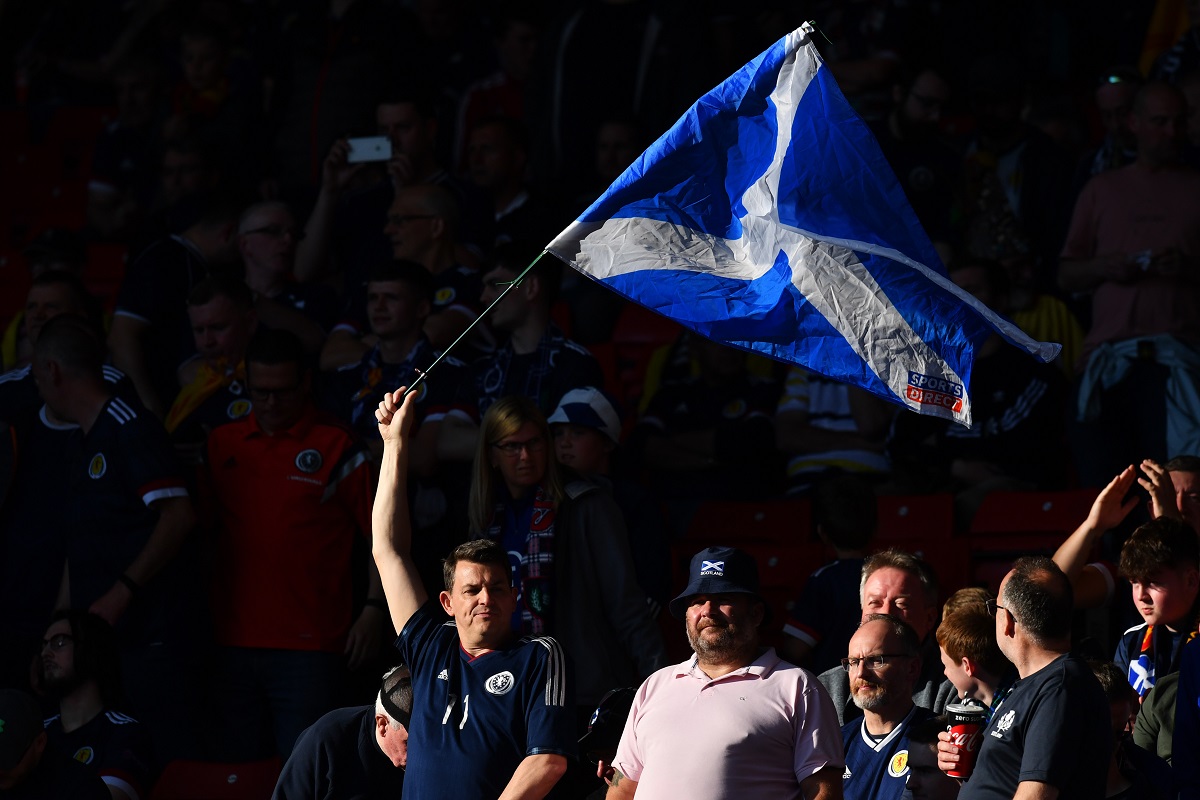 There were also many jokes about the fact that the Scots wanted to play with England in the same Nations League group, but the English got scared and decided to relegate to division B, just not to play against Scotland.

If we talk about the emotions of the Scots after the game, they were delighted that they were able to take first place and advanced to Division A, but at the same time they admit that Ukraine played much better and should have won the match.

Gillies: I experienced very unusual emotions before this match. On the one hand, I wanted to see another victory over Ukraine. On the other hand, I understood that it was impossible to take risks and go on the attack. Fortunately, we managed to draw, but the Scottish game itself disappointed me. Even with all the staffing problems.

Unryli: Brief results of the match and Scotland's performance in the Nations League: we move to the elite division, got into the second pot in the qualification draw for Euro 2024, ensured at least getting into the playoffs as a fallback. Although I would like to believe that the latter will not be useful to us, and Scotland will directly receive a ticket to Euro 2024.

Lawler: A very weak match, we could have lost 0:3 and it would have been deserved. But it is impossible to scold the team after it was able to stay in first place and get into Division A. The case when you want to forget about the game and just enjoy the final result.

McHarg: Who can tell me how to find England in the elite division of the League of Nations? I really wanted to play in the same group with them, but I just can’t find it there. It's nice to know that Scotland is better than England. This should always be the case in all tournaments, we deserve it.

Grier: After losing to Ukraine in the playoffs for the World Cup, many called for Clarke to be fired. It was a painful blow to Scotland's ambitions, but we did the right thing not to get excited. With Clark, the team began not only to play some kind of meaningful football, but also began to win. Everyone has failed matches, but Clark knows how to work on mistakes.

Hogarth: Frankly speaking, Ukraine played much better and should have won today with a big score. Yes, we can be glad that we got into division A, that we will play with strong opponents, that we got into the second basket of the draw... Many people urge not to pay attention to the game, just be glad that we miraculously drew. But this is the wrong approach. Watching a football match should be fun. Today I didn't get any pleasure.

Bonici: Imagine, now Scotland can get into the same group for Euro 2024 with Poland, Armenia, the Faroe Islands, Gibraltar and San Marino! Although there are also very unpleasant options. For example: Spain, Ukraine, Turkey and Slovakia. And I can say for sure that I would not want to play with Ukraine from the third basket.

Rowan: After the draw, no one could have imagined that Scotland would win this group and take first place. I will even say more: none of the Scots believed in it. And when Ukraine defeated us in the playoff match for the World Cup, only a madman could have thought that we would then give such an impressive game. And although questions remain, in general, Scotland deservedly goes to Division A.

Jamie: Now we look at England from top to bottom. Let them envy us. I really hope that we will have a strong group in the next season of the League of Nations. I want to look at Scotland against the backdrop of the strongest teams in Europe. Otherwise, it makes no sense to go to division A.

findlay: A very difficult match. Until the last minutes, there was no certainty that Scotland would be able to draw. It wasn't even about winning. The Ukrainians created many chances, but on this day luck was on our side. In short, the result pleased, but the game upset.

Haddow: Hey, come to your senses! We are not Spain, Germany or Portugal. Unfortunately, there are few good level players in our country. This is also the fault of Celtic and Rangers, who like to invite foreign players of a dubious level. Every injured player of the main team is a real problem for the coaching staff. Sometimes it is worth sacrificing the beauty of the game for the sake of a good result. Today was just such a case.

Kev: I would like to get into the same group with England. But wait... Well, you understand. Scotland has excellent prospects. Now we will play in Division A. If we talk about the qualifying tournament for Euro 2024, then we have already made it to the playoffs at least. We have a siding. I think that we will play at the European Championship again, and this makes me happy.

Pattullo: After the match with Ukraine in June, I can’t even believe that we went from failure to such an incredible success in such a short time!

Riddoch: I wanted to finish this season of the League of Nations beautifully and effectively. I wanted to win again 3-0 against Ukraine, but let's be honest: we were lucky today. We were lucky in the match against Ireland when they didn't use their chances. After the failure in the playoffs for the World Cup, luck turned to face us. But you should not immediately write about the fact that Scotland has become the giant of European football. This is not true.

Palmer: Injuries, suspensions, illnesses, other problems... Perhaps this was the weakest squad that entered the field in 2022. But we were able to hold out and draw with a very strong opponent. I am proud of the team, today it showed character. Today we have shown that Scotland is a country that always fights to the last, even if the circumstances are not in our favor.

Harrop: Fantastic result for Scotland! At the moment when England leave Division A in disgrace, we rise there. I can't even believe that we switched places. 5 years ago, this would have been unthinkable. Now this is reality.

Brails: The Ukrainians did not realize such moments that even I was shocked. Our defense failed the match. If not for the goalkeeper and the weak implementation of the Ukrainians, then it would have been a rout. Thanks to the team and coaching staff for the result, but we have to admit that we were incredibly lucky.

Geddes: Today, all of England was rooting for Ukraine, but even then they were not lucky. I can imagine how embarrassing the British are now. After they failed in Division A, their only hope was for Ukraine, so that they would not let us into the elite division. While England sinks to the bottom, Scotland rises to the top. A wonderful spectacle.

Frazer: People keep praising the coaching staff, but if not for Gordon, we would have lost 0:3. Steve Clark failed the game, he failed to stop the Ukrainians, we allowed them to create moment after moment... But after such a "success" no one will dare to fire the coach. Let's see how Scotland will lose devastatingly in Division A, and then what everyone will say about the coaching staff.

Aiden: Ukraine was stronger, but now it does not matter. Scotland played the way they had to play to get the desired result. We could lose, we could lose first place, but that doesn't change anything. Playing open football with Ukraine is suicide. Especially with this lineup. Therefore, we should just be glad that Scotland has achieved such a fantastic success.